Want to get your message across? persuade, don't preach.

There's a whole lot of preaching going on these days. "Preach" people yell when they agree. Not so much when they disagree, naturally. People rarely enjoy being told what to do, much less what to think.

Soapboxing is rocket fuel in the click bait era. But is it really engaging people beyond a reactionary level?

I think so, and here are my thoughts on why.

Whether you're trying to get people to buy ethically, engage in political debate or support a charity campaign: guilt trips and ranting tend to make people hit the mental off switch.

There are few reasons why a heavy-handed approach alienates people.

#1 The tone comes off as judgemental: Whether the argument being made is that direct or not, if people feel judged, they’re left too irritated to engage.

#2: Creeping dread: Some people feel so overwhelmed by what they’re being told they don’t know how to deal with it or where to begin to help.

#3 “Oh dearism”: The phrase coined by filmmaker Adam Curtis which refers to being appalled by a situation or event and carrying on as usual. In other words, feeling resigned because the person can’t see how their actions can make a difference.

In copywriting (as well as sales & marketing), we talk about answering the WIIFM: What's In It For Me. It helps make people take action commercially, so why not ethically too?

The general concensus, including reports from Network for Good and Charities Aid Foundation, is that people give when a charity or campaign connects with them on an emotional level, including the knowledge their contribution could make a difference.

There is power in personal stories. It’s the same in news journalism, stats and facts can whizz past us, but an individual story is easier to process and empathise with. Specifics about how that money can help make it easier to decide on how much to donate like Save The Children’s succinct “£7 could pay for clothing to help children in Afghanistan to stay warm during the cold winter months” explanation.

Seeing the generosity or decisive action of others is another influencing factor. It certainly works on me. I recently changed some of my domestic products because someone shared a short video about their benefits. It wasn't preachy; it was subtly but effectively persuasive.

The tagline reads "These easy swaps can help save the planet". It might sound a bit hyperbolic, and perhaps it can, but look at the language. It’s positive, encouraging, and it’s not demanding effort.

The script doesn’t shy away from showing environmental damage caused by things like plastic straws, but it balances it with showing how great (and simple to use) the alternatives are.

Behaviour Change platform Do Nation combines the proven benefits of doing good and social influence and has signed up brands like Pret, Siemens and Innocent as well individuals. It’s about small changes on an individual level, and making pledges, so you’ll stick to them. The tone of voice is engaging too, mixing cold facts about things like energy consumption and eating meat with humour and always highlighting the benefits of each one. It uses WIIFM and uses it well.

The copy uses insights into what makes people engage; it makes it look effortless. Which is why people and brands respond to it.

In other words, Do Nation persuades, it doesn’t need to preach.

These insights can make a point in the commercial world too, as The Dress for Respect collaboration shows, brilliantly. On its own the statistic that 86 percent of Brazilian women have been harassed at clubs might not make an impact.

But by showing it happening, unequivocally through filming a touch sensitive dress, it might encourage more men to think about the impact of their behaviour towards women.

A beverage company taking on everyday sexism in an invented way: I’ll drink to that.

So if you’re struggling to find that human connection for your argument, ask yourself what works on you?

Want to get your message across? persuade, don't preach. 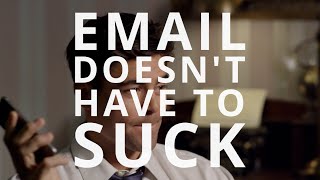 Video script tips for your business